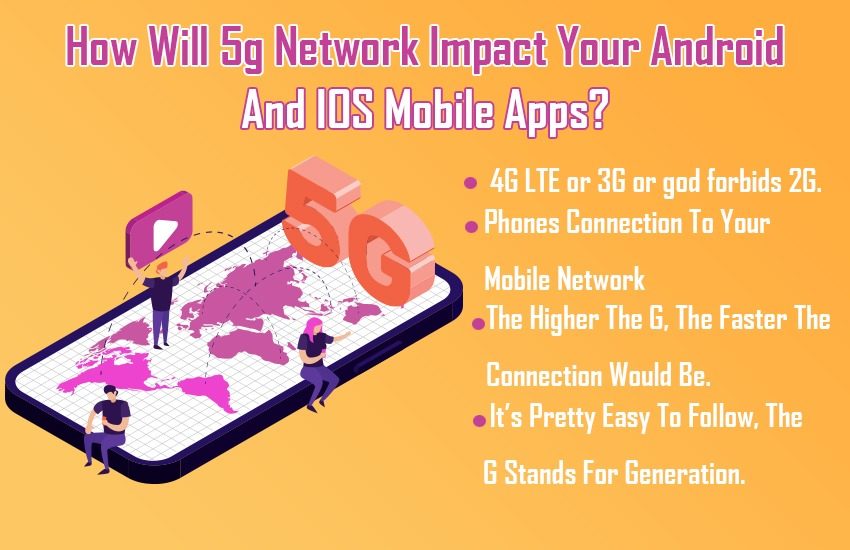 If you look up at the corner of your phone, you are probably used to seeing a little indicator that says 4G LTE or 3G or god forbids 2G. You have come to understand that it probably has something to do with your phones connection to your mobile network. The higher the G, the faster the connection would be. It’s pretty easy to follow, the G stands for generation. And each subsequent generation refers to specific minimum speed, connectivity and reliability necessary to classify that network as a particular generation. G defines your signal strength gives you internet speed. 1G lets us talk to each other, 2G sends messages, 3G gave us broad data and internet and 4G LTE made it a whole lot faster. But all that’s in soon to be passed because up on the horizon is 5G. 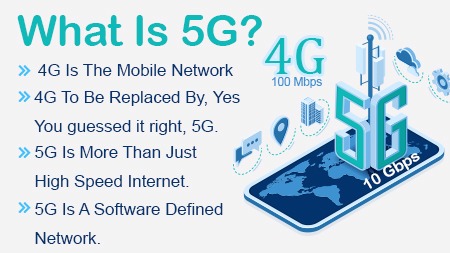 Currently, 4G is the mobile network that is used around the world to make calls, send messages, and surf the web. Now there are plans of 4G to be replaced by, yes you guessed it right, 5G. When we hear the word 5G, then the first thing which comes in our mind is high speed internet. But 5G is more than just high speed internet. So we have to first understand what is 5G? A new faster network that has the potential to transform the internet, that is designed to give you signal strength like never before. 5G is a software defined network. It doesn’t means that it will replace cables entirely, but it could replace the need for them by largely operating on the cloud instead. Technically, 5G can provide you an enhanced mobile broadband, less dependent on hardware, the machine to machine type of interaction, and an ultra-reliable low latency communication. There are going to be some major Impact Of 5G On Mobile App Development. In this guide, you will learn!

5G holds the power to Impact Mobile App Development, more than you can imagine. So many people have this interest to know how exactly will be our future with 5G coming to reality. Now-a-days phone designers and telecom providers are rushing to offer 5G to the public but what kind of impact the new you will receive is: 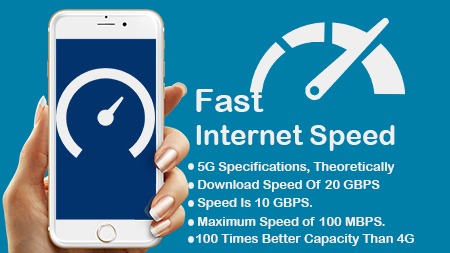 The first impact is enhanced mobile broadband, which means blazing fast internet service. As per the 5G specifications, theoretically, it will support the peak download speed of 20 GBPS and the upload speed is 10 GBPS. And when the signal is low, or at the edge of the cell, it will provide the maximum speed of 100 MBPS. This means it will have a 100 times better capacity than 4G, which will dramatically improve internet speed.

For example, to download a two hours film on 3G, it would take about 26 hours, whereas on 4G you would be waiting 6 minutes and on 5G you will be ready to watch the film in just over 6 seconds.  5G will enable the service that will require very high bandwidth. That means with the blazing fast speeds the customer will be able to download the HD movies in just few seconds. 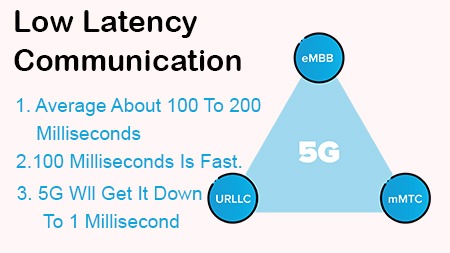 Latency is the amount of delay between sending and receiving information. It’s not just the internet capacity that will be upgraded. Response time will also be much faster. Now 4G tends to average about 100 to 200 milliseconds and to be fair, a 100 milliseconds is fast. Human reaction time is about 200 to 300 milliseconds. But 5G will get it down to 1 millisecond which is 400 times faster than the blink of an eye. That is almost real time. And being able to send and receive information in what is essentially real time means that we can use 5G to replace real time interaction. The smart phone users will enjoy a more streamlined experience but for a world that is increasingly dependent on the internet just to function, a reduction in time delay is critical. 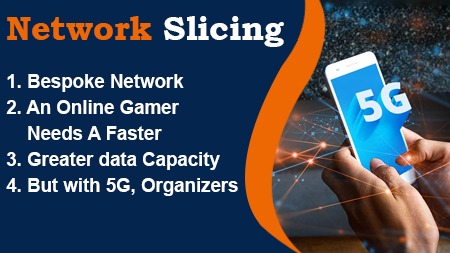 5G will also provide a much more personalized web experience using a technique called network slicing. It is a way of creating separate wireless networks on the cloud, allowing users to create their own bespoke network. For instance, an online gamer needs a faster response time and greater data capacity than a user that just wants to check their social media.

Being able to personalize the internet will also benefit business. At big events like mobile world congress, for example, there is a mass influx of people in one particular area using data-heavy applications. But with 5G, organizers could pay for an increased slice of the internet, boosting its internet capacity and thus improving visitor’s online experience. 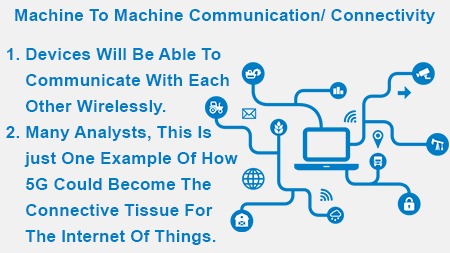 This massive machine to machine type of communication will enable the internet of things, where millions of devices will be connected together without human intervention. Devices will be able to communicate with each other wirelessly. For many analysts, this is just one example of how 5G could become the connective tissue for the Internet Of Things, an industry that’s set to grow threefold by 2025, linking and controlling not just robots, but also medical devices, industrial equipments and agricultural machinery. 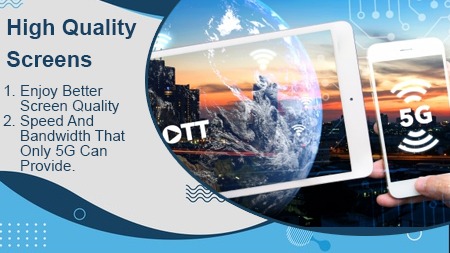 To enjoy better screen quality, you need the speed and bandwidth that only 5G can provide. The signals will be transmitted on a different swatch of the spectrum. One that has not been available to mobile devices before. This is a positive impact of 5G on mobile app development. 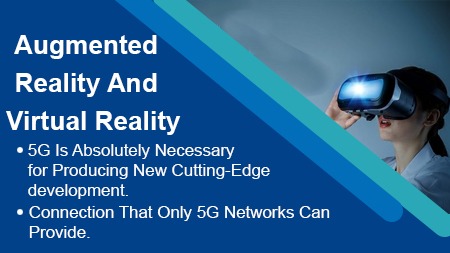 As far as augmented and virtual reality industries are concerned, 5G is absolutely necessary for producing new cutting-edge development. With 5G, the augmented reality and virtual reality technology will become main-stream. You can expect to start seeing them everywhere you go on your mobile devices. However, this requires a high level of connection that only 5G networks can provide. The new speed will provide one million connections per square kilometers, which should open doors for countless 5G networks, and VR experience and the developments of the AR/VR software’s. 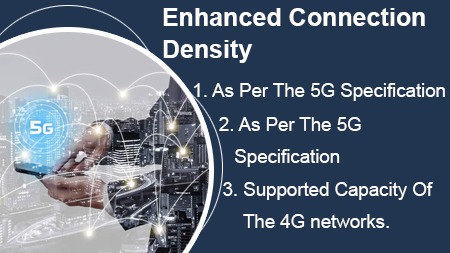 As per the 5G specification, it will support the connection density of 1 million devices over 1 kilometer area which is 10 times more than the maximum supported capacity of the 4G networks. When given a benefit of better speed and connectivity, alongside, low latency and low power consumption, 5G provides a complete new scenario for mobile app developers in internet of things (IoT). 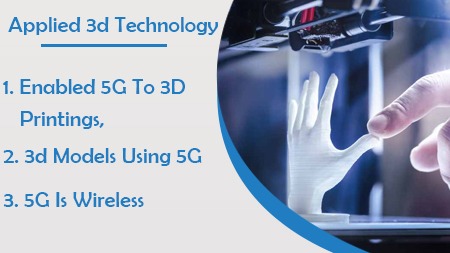 Now imagine, you applied your mobile phones where you have enabled 5G to 3D printings, and now you are developing 3d models using 5G. The future is going to witness a level up in the field of immersive technologies. And because 5G is wireless, it is expected to level up energies efficiencies and system capabilities.

Some Other Impacts Of 5G On Mobile App Development

So When Can We Start Using 5G? 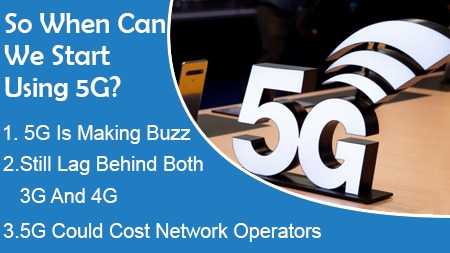 The word 5G is making buzz over the last few years and has been talking up ever since. In many countries, the initial phase of the 5G development is going on and it is estimated that even by 2025, the network will still lag behind both 3G and 4G in terms of global mobile connection. Its mainstream existence faces multiple hurdles. The most significant of these is of course cost. According to some experts, 5G could cost network operators to tear up their current business models for it to make business sense. In the UK for example, 3G and 4G networks were relatively cheaper to set up because they were able to roll out on existing frequencies, on the country’s radio spectrum. For 5G to work properly however, it needs a frequency with much bigger bandwidth which would require brand new infrastructures. Some analysts believe that, the extensive building and running cost will force operators to share the use and management of the mobile network. This has been less of an obstacle for countries like china, who are taking a more coherent approach.

Vivek Sharma has extensive knowledge when it comes to different Digital Marketing concepts such as Search Engine Optimization(SEO), Social Media Marketing or Pay Per Click marketing. He has great experience in the field and has helped various companies to achieve their goals with his expertise and spot-on strategies.